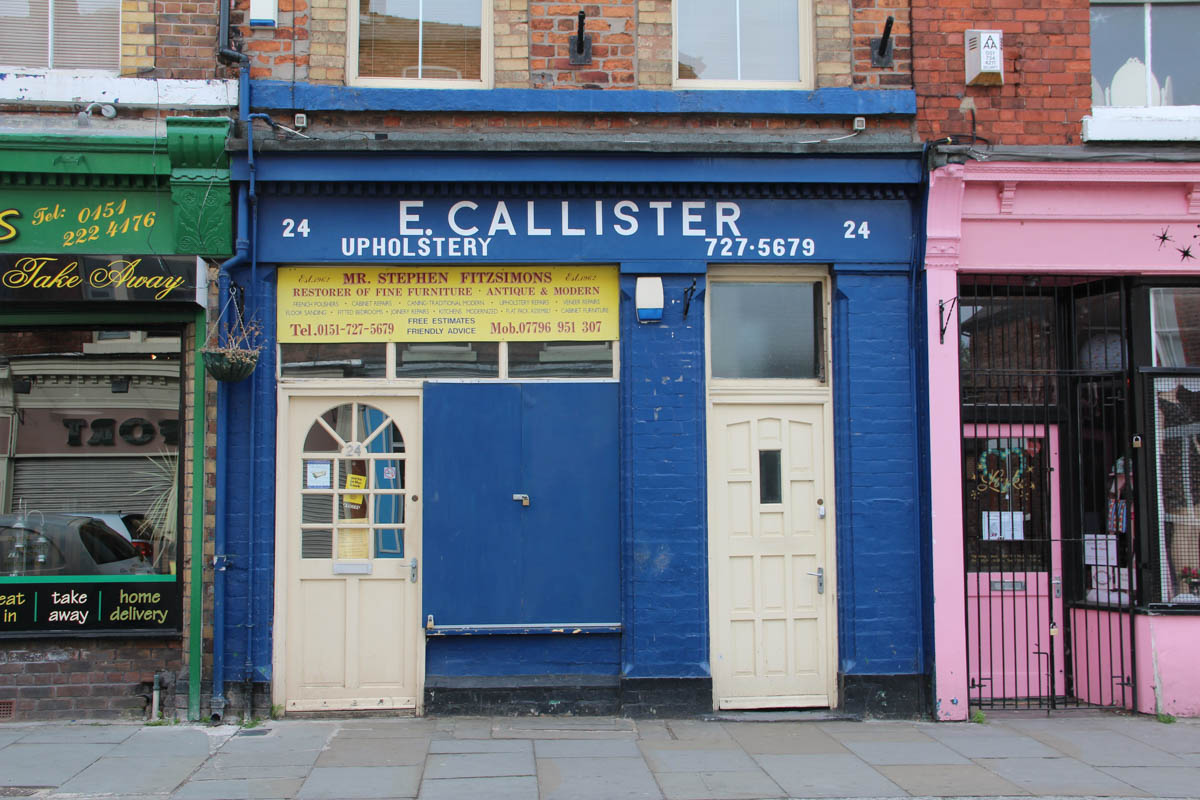 Many of you will remember the furniture restoration store that is now home to Alison Appleton’s Tea House. This business hasn’t closed down and is still restoring furniture from a new workshop with no public access. Stephens Fitzsimons can be reached by phone and by e-mail. Send your photos to [email protected] and he will then be able to give you an estimate.

Stephen got in touch to give us some of the history behind the upholstery stores on Lark Lane.

There were two upholstery firms in Lark Lane, E. Callister & son and J & S Booths. E. Callister & son started business in 127 / 129 Larklane (which is now a co-op store) opposite the Old Police Station. About twelve years ago we moved to 24 Larklane.
Ernie Callister and his son Kenneth and my older brother Karl Fitzsimons were the upholsterers and myself and my Father where the French Polishers. Ernie Callister died about seven or eight years ago and his son Kenneth ran the business up until May this year (2015) when he died of a heart attack at the age of 56. I left Lark Lane at the end of July 2015 and I am still working as a French Polisher / Furniture restorer. After spending 30 to 40 years there as an upholsterer, there is no longer any record of Ernie Callister or the business that existed. Ernie moved into 127 & 129 Larklane which had been an Antique shop run by Arthur Holt who lived in Fullwood Park.
I myself spent 30 years in Lark Lane as a French Polisher, I have seen many changes to Lark Lane over the years and I am still working away, restoring woodwork, rattan cane and rush seating. If you require any of these services please e-mail me [email protected] and I will reply with an estimate, pictures are always helpful for a more accurate estimate.
We were two separate businesses trading from the one shop.